Sheridan Fire Department began in 1886 as part of the city of Sheridan. It served a population of approximately 200 people and about forty square miles, including the city of Sheridan and the farming community around it. As the city has grown and the surrounding area has become more populated, the Fire Department transitioned from a city department to a special district, not limited by city boundaries, becoming a separate entity from the city altogether.

Today we serve and protect a population of over 10,000 people, not including the thousands of people a day who travel through our district. Sheridan Fire District now covers 145 square miles of forest land, farmland, and the communities of Sheridan, Buell, and Ballston.

A majority of our EMS calls are for medical emergencies and traumatic injuries. Our most common traumatic injury is a fall from ground level. On the fire side, we see fewer structure fires resulting in total loss and more fires that are recognized quickly, and damage is limited to small areas of the structures.

Very special thanks to everyone who helped my mom this afternoon ❤ forever grateful! She's doing well, getting her wrist splinted at WVMC
Bec Hasel, Community Member

"Even though our address is in McMinnville, we are in the Sheridan Fire District. We are very thankful, they are so delightful and competent to work with! They have a special way of taking your mind off what's happening to you, making you feel safe being in their care. We were so happy to learn about their Fire Med. We have used them several times, and it has paid off. You never know what life will bring. We went to the Fire Station; they were so polite, caring, and helpful. If they felt we needed to go to the Emergency Room, they were willing and ready and on the way. The same from home, they were here as fast as they could along with their volunteers from Ballston. We feel at rest knowing they're there for us when needed. They're a wonderful group of folks and volunteers to give back to the community as they do. I can't imagine being a volunteer, being called on a minute's notice day or night, how could your live under that circumstance. Even at the Fire Hall when on duty being called all hours of day or night, even if it is a job it's hard on one's body We need to give our support to the Sheridan Fire District personnel and volunteers when we can. What would we do without them? Our Blessings go out to everyone involved with the Sheridan Fire District and the special volunteers that give their time and get little in return." -C & S DeJong, Home Owners

Our district is governed by a 5-member board of directors who are elected to serve by the people. Board members serve 4 year terms.

Our leadership, administrative, and fire staff are dedicated to providing excellent service. 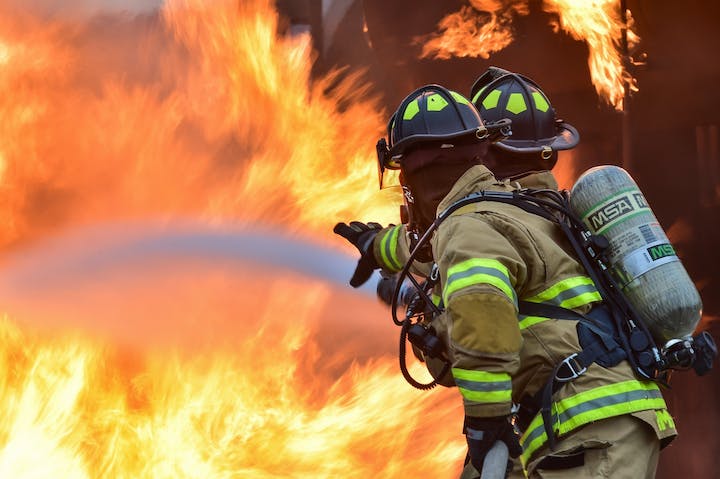